by Laura Elizabeth
Comments are off
Films, The Wonder

Exciting news! Willow’s next project, The Wonder 3D, is about to begin production. Willow was cast as the lead Rachel 3 years ago and is currently in China to begin filming. A press conference is set to take place in Beijing on September 20th. It has not been confirmed whether or not Willow will attend, but it’ll be exciting to hear more information about the film (EDIT: Willow will be attending Sunday’s press conference, so stay tuned)! I have added a brief plot summary as well as a link to a more detailed version. Enjoy!

A group of schoolkids follow a rainbow that magically transports them to China, where they find themselves pursued by a mysterious organization as well as the cause of a major natural disaster. (READ MORE) 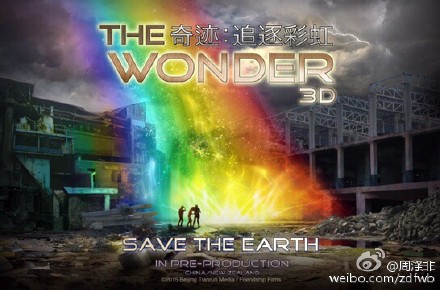